Thanks to the true 8th wonder of the world (depreciation), it’s now possible to purchase some truly amazing luxury cars that will make you look rich for cheap! I’ve put together a list of some of the best cars available today that were crazy expensive brand new, but now that they’ve depreciated, they can be picked up for the price of any normal used car. 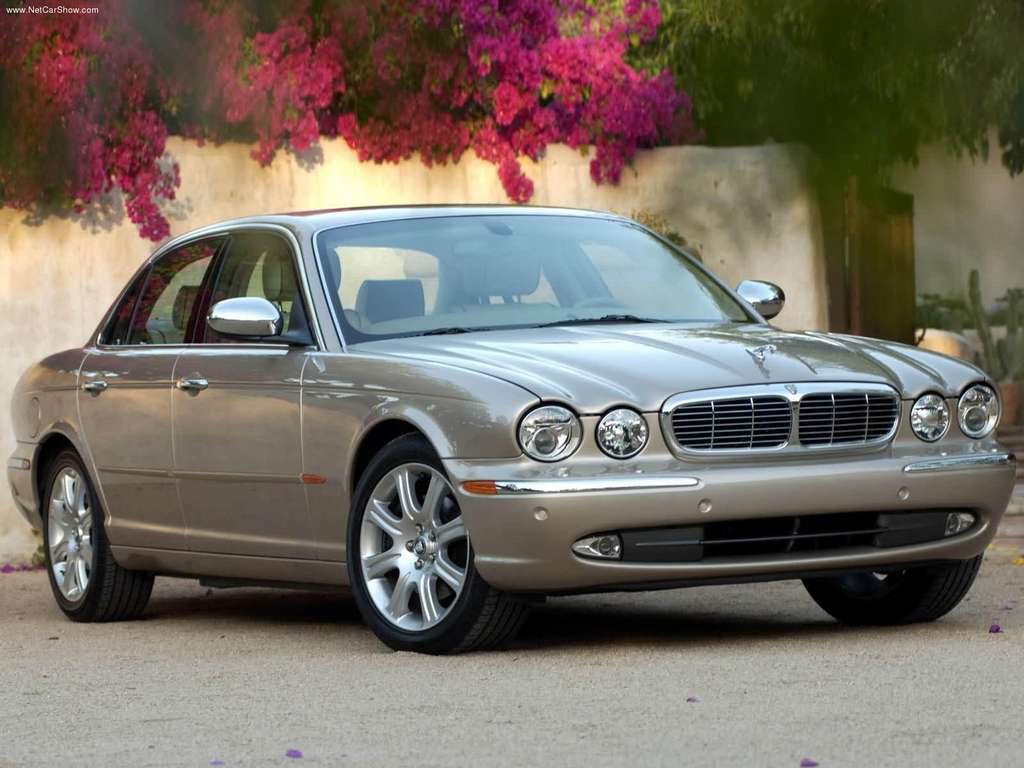 The Jaguar XJ8 was truly one of the most luxury sedans of it’s time, and still to this day, owning a Jaguar is a powerful status symbol that most people believe to be unobtainable. Luckily, Jaguars are some of the quickest depreciating cars on the planet thanks to their reputation for not always being the most reliable vehicles.

However, with reliability questions aside, an early 2000’s Jaguar XJ8 or XJ8 L can be yours for around $5,000 to $8,000 depending on year, color, miles, etc. Just be sure to have your Jaguar inspected by the mechanic before you purchase. These Jaguars are fickle sometimes, so you’ll need to set aside money for repairs.

You can also pickup other variations of the Jaguar XJ series from the early 2000s for similar prices, such as the XJ6; however, the engine size won’t do much good for gas milage, so go big! 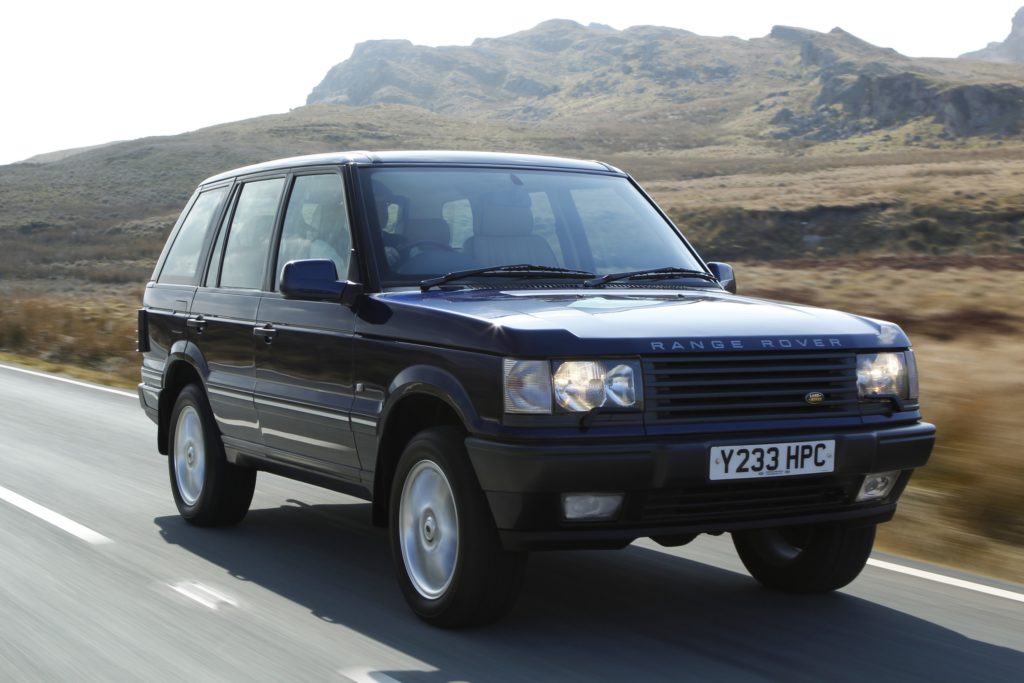 Speaking of reliable, how’s a Range Rover sound? The Range Rover has always and will always be one of the most prestigious SUVs on the market today, and the later years of the Range Rover P38 can be purchased for next to nothing now.

Most decent P38 Range Rovers are selling around $3,800 to $5,500 depending on milage, color, and interior. Just keep in mind that the Range Rover P38 is not known for being the most reliable Range Rover ever built, but these SUVs can truly be one of the best driving experiences you can buy for the price. They truly are magnificent machines and capable of tackling the most challenging tasks. 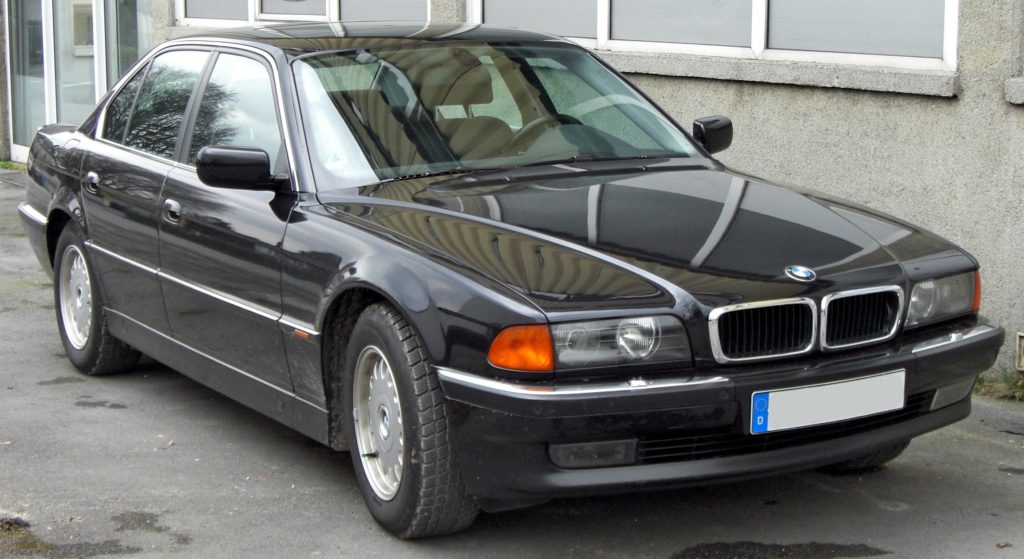 The new 7 Series is know for being a bit dull compared to the 7 Series of previous generations, and when you consider that you can pickup one of the most characterful BMWs ever built for $3,000 to $5,000, it truly is the deal of a lifetime.

Not only is this BMW one of the most beautiful models ever created, you’ll also be driving around in style feeling like James Bond since this 7 Series generation was used in the James Bond film Tomorrow Never Dies (even though it was it 750iL model). If you’re looking for the deal of a lifetime and for a luxury car that will make you look rich for cheap, it could be 1993-2001 BMW 7 Series E38. 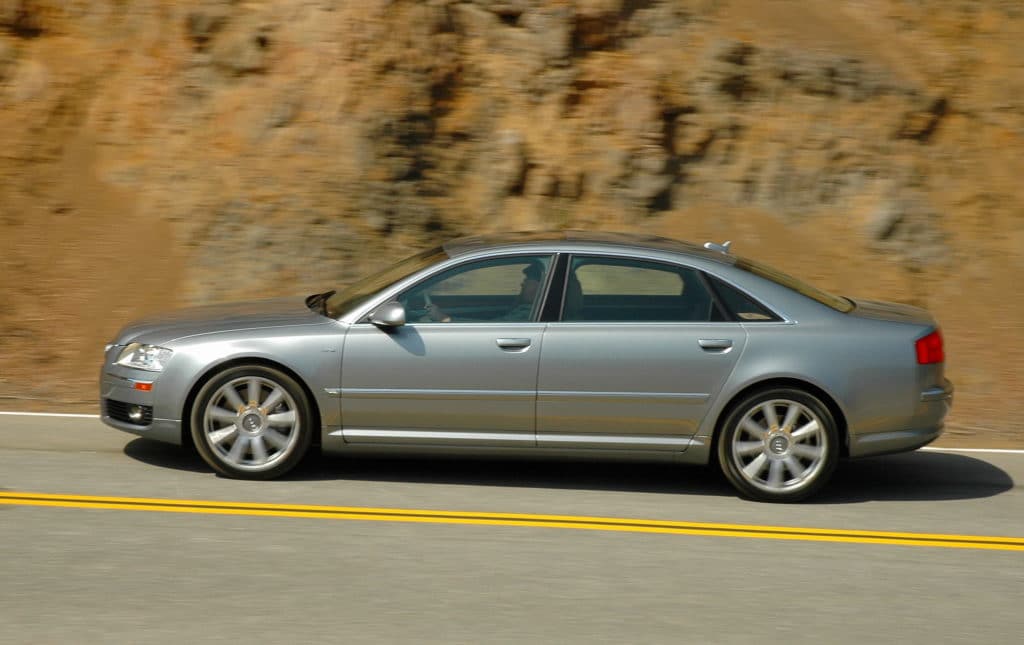 I’ll be the first to admit that the early generation Audi A8 styling is very dull compared modern design standards. Audis of the late 90s and early 2000s did not age well compared to Mercedes and BMW competition, but this list would not be complete without mentioning the daddy of Audi – the Audi A8.

While it may not be the prettiest car on the list, it’s still an executive sedan for the the most exclusive buyers. Plus, it’s still probably the most reliable car on the list. Early generation Audi A8 and A8 L models can be purchased for around $6,000, but I’ll let you in on a little secret.

If you have the budget, I HIGHLY recommend jumping up to the 2006 to 2007 model year with the better design. It will increase your budget by a couple of grand, but it will be well worth the investment, as the car looks much newer than the models built just a few years earlier. 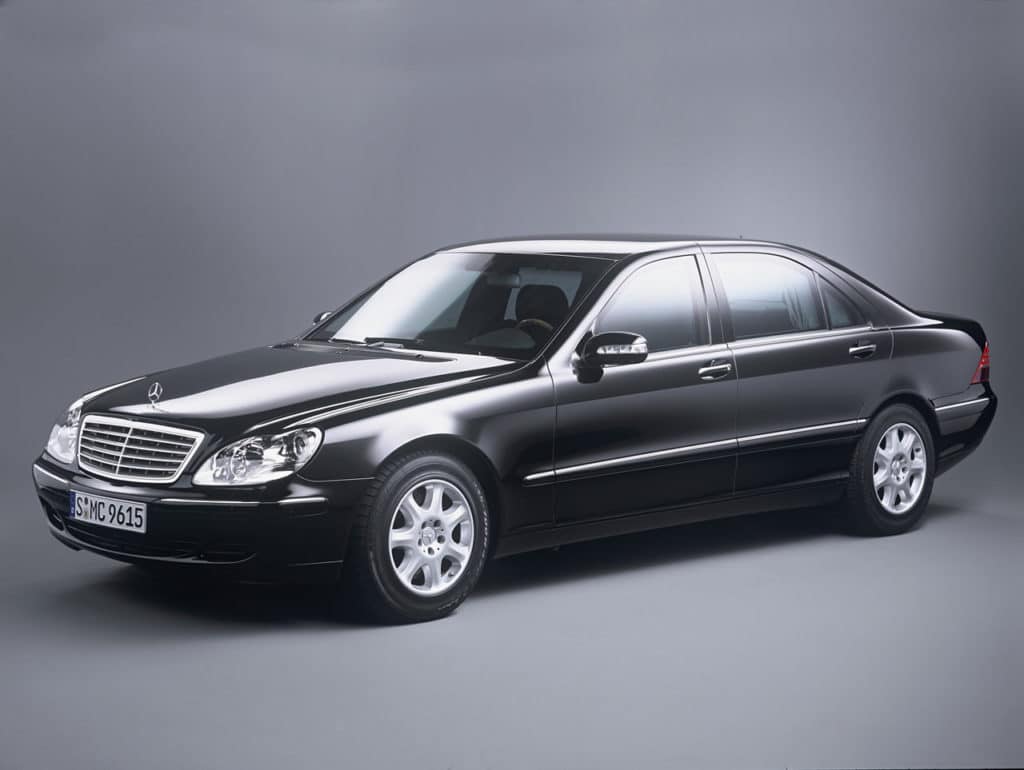 Right now, you can pickup a 2006 Mercedes S Class for around $5,000 to $6,000. If you don’t mind some of the dated looks of this generation S Class, you’ll be driving around the local country club looking like the Old Money you aspire to be… if that’s your thing. 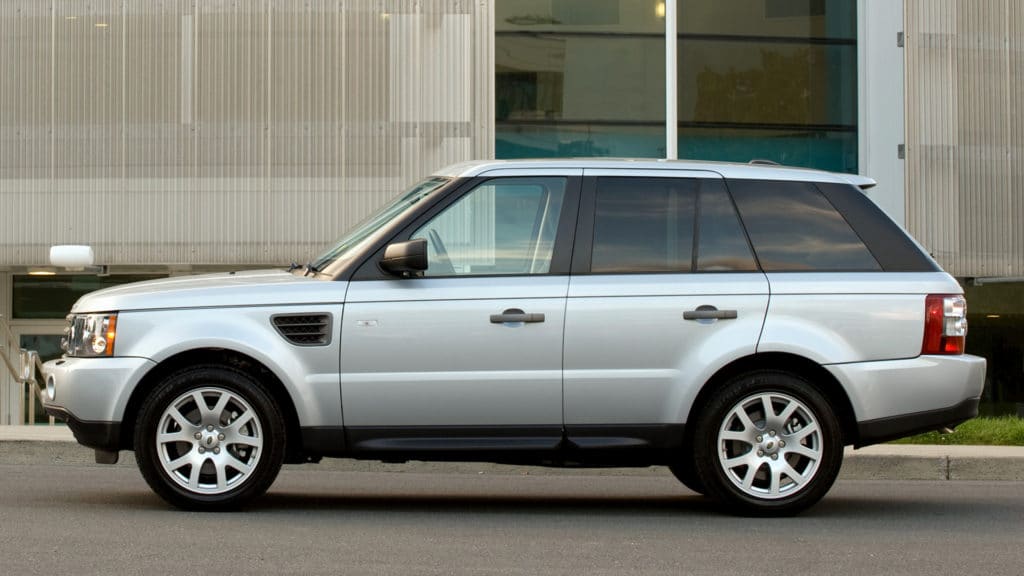 Land Rover makes the list a few times due to their vehicles taking huge depreciation hits every year or 20,000 miles. Lucky for us, though, the Range Rover Sport is truly something spectacular that you have to drive to experience.

The Range Rover Sport is a great bargain, and 2006 models are being listed for around $8,000 with 130,000 miles. With some negotiations, the first generation Range Rover Sport can be yours for around $6,500 – a small price to pay for such an exclusive name. Most Range Rover models do a great job at making you look rich for cheap, as their popularity in the media is very strong. 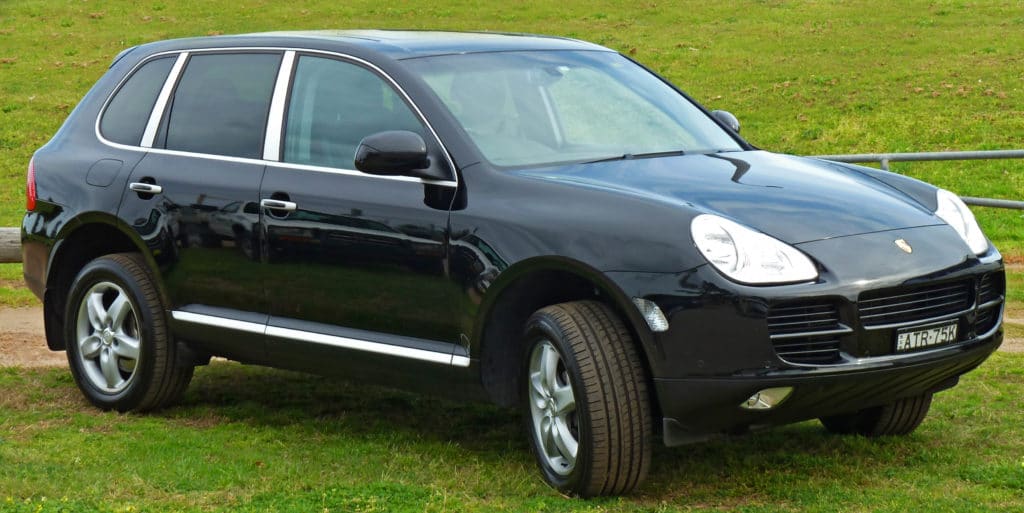 Continuing on with luxury SUVs that you could take around the bend is the Porsche Cayenne – the ugly one. Truthfully, though, while the first generation Porsche Cayenne may make pedestrians in the streets sick to their stomach when they see the hideous front grill, they’ll know you have some money and drive around in style.

While I think it’s far from the prettiest SUV on the used car market, I do think the Porsche Cayenne is beautiful in it’s own way. I truly believe this is one of the best SUVs ever produced by the Germans in comparison to the X5 BMW. It has character, agility, and capability. Plus, you look like your bank account is sitting pretty while driving through the suburbs.

The original Porsche Cayenne can be purchased now for around $8,000, and for that money, there are few options that come close to the level of exclusiveness. 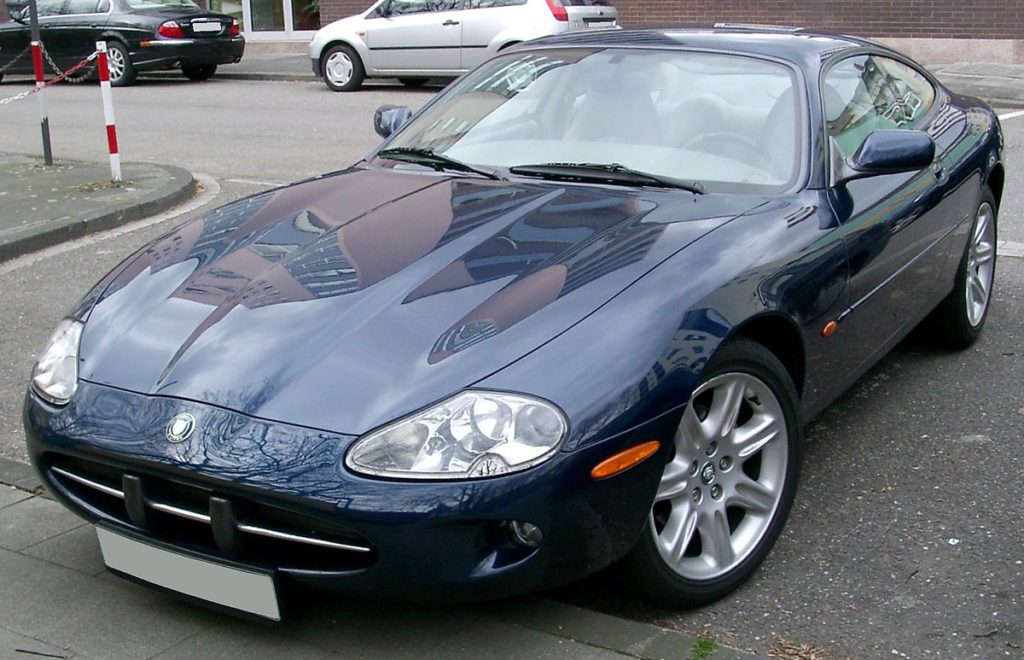 Before you ask, yes, we’re huge British car fans here at The Breakdown Auto, but what’s more important here is that you can pickup a late 90’s model of the Jaguar XK8 for around $6,000. The Jaguar lineup is truly one of the most luxurious automotive experiences you can have for sub-10k.

If you’re looking for a convertible roadster, the Jaguar XK8 should be your top choice. The local country club valet will always admire your Jaguar… until it starts marking it’s territory with oil in the parking lot.

The vehicle has character, charm, and class – all things you want in your luxury car that will make you look rich. More than that, though, the Jaguar makes you feel rich, which is the most important part of this.

The Mercedes SL is known for being one of the greatest GT/Roadsters ever designed, and the 1995 Mercedes-Benz SL500 is no exception to that rule. Mercedes had some growing pains in the late 80s and the early 2000s, but for some reason, they had things just right in the mid to late 90s.

Listed right now on Cars.com is a Mercedes-Benz SL500 Roadster for $3,900, and it truly has one of the most striking colors for a car from the 90s. If you’re looking for a luxury baller car on a tight budget, look into the Mercedes SL500 Roadster. The design, to this day, has aged beautiful due to it’s bold lines and classy interior. The Mercedes SL is truly one of the best cars you can buy today to make you look rich for cheap. 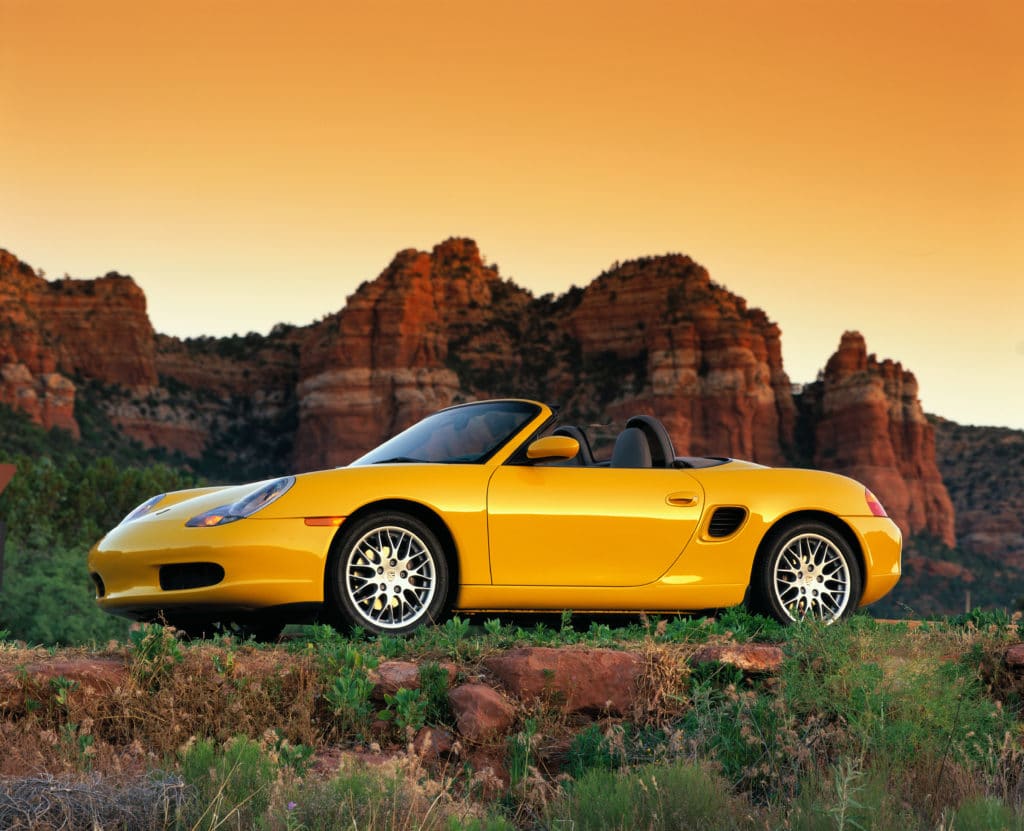 This could either be the perfect car for you, or it could make you look a bit… strange. If you’re 16 and looking for the perfect first car that everyone at your average income high school is going to freak out about, the Porsche Boxster is for you. If you’re looking for your first car and going to a private academy in Brentwood, TN, maybe stick to a new Boxster if you’re on a tight budget.

Either way, the original Porsche Boxster is a really cool car… if you’re young. Once you pass about 30 years old, the Boxster seems to scream “Help. I’m having a crisis.” So, if you’re over the age of 30 or have any signs of balding or grey hair, stick to the 911. It will fit much better.

All jokes aside, the original Porsche Boxster is a mid-engined two seater sports car built by the ultimate sports car manufacturer. It’s worth a drive, and if you can own one, even better. The first generation Porsche Boxster can be yours today for around $7,000. Driving the Porsche Boxster could make you seriously look rich for cheap – ballin' on a budget!

The L322 is the third generation of the Range Rover, and early models are selling for around $8,500, which is an insane deal considering they were 10x that brand new. Later models (2010-2012) were facelifted and look much more modern, but they’re still selling in the $20,000 for a fair price.

What this means for you, though, is that you can purchase an 2004 Land Rover Range Rover and update the headlights, bumpers, and taillights to make it look like the 2010 model facelift. The only downfall of the early generation Range Rover L322 is the outdated infotainment system, but for $8,000, what infotainment system is good?

So there it is! Our favorite list of cars that you can buy today that will make you look rich for cheap! If you’re interested in knowing more about my Range Rover Ownership Experience, check out this article where I breakdown the costs of owning my 2011 L322 Range Rover.

Related Article: Buy A Used Car on Craigslist Without Getting Screwed