The BMW 7 Series is often regarded as one of the most luxurious executive sedans on the market, and even previous generation BMW 7 Series boast tech, comfort, and luxury that new cars can't seem to match. However, with all of the luxury, glamor, and tech that the top end BMW executive sedan offers, it's not without faults. We're here to answer a popular question in the luxury car community. Should you buy a BMW 7 Series?

In October 2016, I purchased what I thought was my dream sedan – a 2011 BMW 750Li xDrive, which is also known as one of the ultimate high-end luxury cars. With a powerful and smooth turbocharged V8 boasting over 400 horsepower, it truly was one of the most amazing cars I've ever experienced. In Comfort mode, the ride was excellent, but when you wanted to have some fun, the 750Li was a completely different beast in Sport and Sport+ mode.

I wish I could put into words how exhilarating the 7 Series was when it would fly from 20 to 155 MPH in a matter of seconds. Never once did the car feel unsafe at such high speeds. In fact, it sometimes felt more composed at a consistent 130 MPH than it did cruising around town at city speeds. While the 750Li is not designed for speed, it's more than capable of blowing you away when you feel the need to some fun.

However, the 2011 BMW 750Li did not come without drawbacks. The iDrive system is way too complicated to change simple settings or even pull up your radio presets. No Bluetooth audio was available for the model year, which is surprising considering a Toyota Camry of the same generation offered that simple luxury. Luckily, though, when you were behind the wheel or behind the front seats where the 7 Series really shines, none of that really mattered. It was timeless, elegant, and truly an amazing car… briefly. With that in mind, I think the answer to the question of should you buy a BMW 7 series is simple – yes. 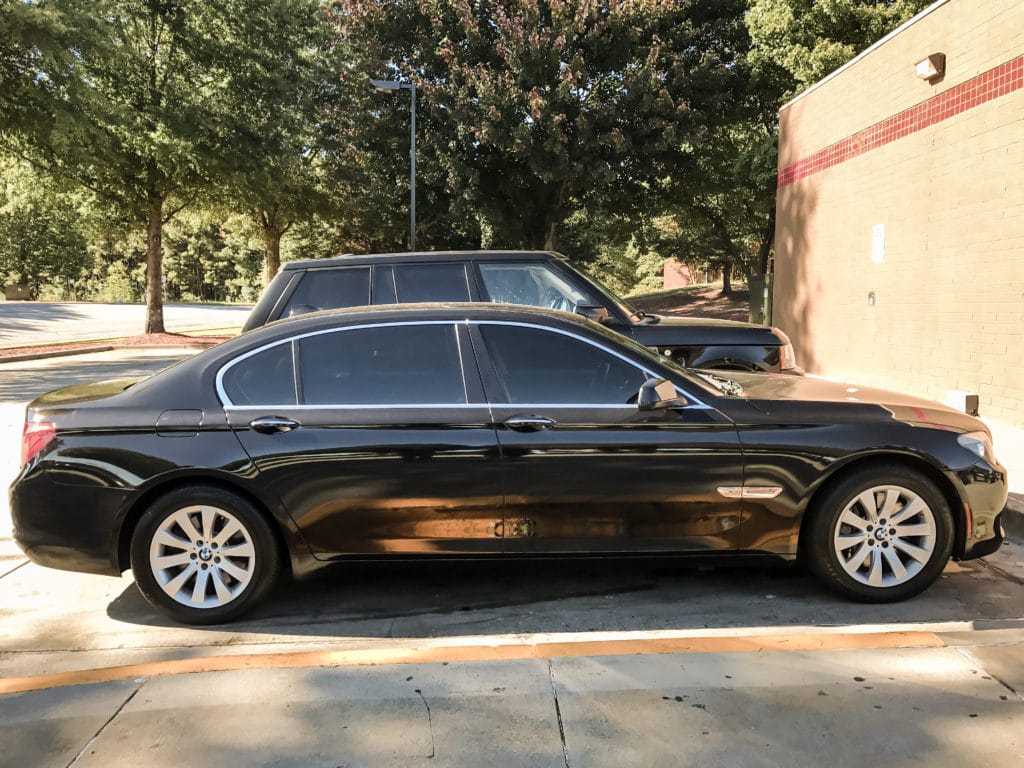 Overall, I would give the 2011 BMW 750Li xDrive a solid 8 out of 10 for comfort, technology, and status. The car truly made you feel as if you were a king, and people would simply move out of your way to accommodate you. Unfortunately, there's an elephant in the room – the BMW engine. I know I made a point to say that it is one of the smoothest engines I've ever experienced, and I firmly stand by that. However, it was far from the most reliable engine. The car is known for having a large amount of issues, but most luxury vehicles are known having quirks.

It's hard to knock the 7 Series for being too unreliable when you compare it to the competition of the Mercedes S Class and even luxury SUVs such as the Range Rover. Just be sure if you're looking for a 7 Series, though, be sure to look out for the infamous valve stems issue, which can cost between $6,500 to $11,000 (range from independent mechanics to dealerships) to fix. If you're looking for a luxury sedan with no issues, I'm sure a Lexus will work just fine for your mid-life crisis.

Now let's review my ownership experience with the pre-owned 2011 BMW 750Li xDrive to answer the question – should you buy a BMW 7 Series.

The story starts back in September of 2016 when I decided that I was going to purchase a 2011 BMW 750Li xDrive – what I considered to be my favorite luxury sedan at the time. I found a few online that I liked the most in the suburbs of Atlanta, which I have since decided to never return to that city. I found one with the specifications I required at a dealership in Gwinnett at a… Suzuki dealership. Yes, I bought a car at a Suzuki dealership in 2016… Mistake #1.

Before committing to the purchase, I took the car back to our AirBNB in Marietta, where I kept the car overnight before taking it to have a Pre-Purchase Inspection at United BMW in Atlanta – one of the worst experiences with a dealership I have ever had. Aside from the control arms and an engine oil leak, none of what I'm about to explain to you had been pointed out on this Pre-Purchase Inspection until I took it to my preferred independent mechanic in Knoxville, TN (European Auto Garage). 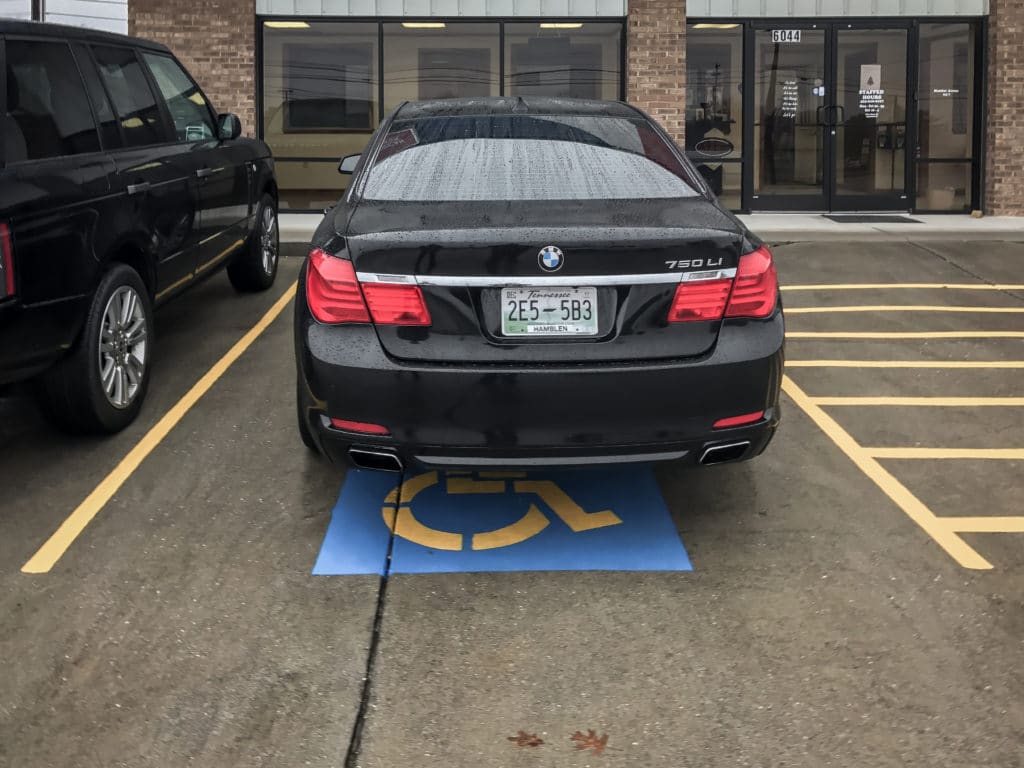 After I bought the car, I noticed some issues with the suspension, so at the first oil change, I asked European Auto Garage to look over the car to make sure the control arms were in good condition. They were supposed to be replaced by the dealer after I pointed it out on from the inspection. Not only did they note that the control arms were badly worn, it was very apparent that the work was never completed in the first place. Luckily, however, they did fix the oil leak that the reliable BMW engine had produced. That was just the beginning, though.

A couple of technicians walked me around my month old (to me) BMW 750Li xDrive and pointed out every single flaw about the car that had been missed in the PPI at United BMW in Atlanta. One of the worst flaws about the car was that it had been repainted after an accident, and the paint job was truly awful. You could clearly see under the right light where the paint has been applied too heavily or where the master painter had not sanded the car correctly. It honestly looked like someone had spray painted the car in their back yard, which I suppose is possible. A paint job to match what the color was supposed to be originally on this car would have cost me around $8,000 to $10,000. Chump change, really.

On top of the horrible paint job, the car also had a busted front headlight seal, which would require a casual replacement of the headlight unit. For most cars, this might end up being a few hundred dollars at most. For the BMW 7 Series, a new headlight unit was ~$3,000 from an independent mechanic. $3,000 for one headlight. I considered my options and decided driving blind at night was my best choice. Eventually the headlight filled with moisture and blew the angel light, which made the entire car look very uneven and lopsided, which could also have been the paint… 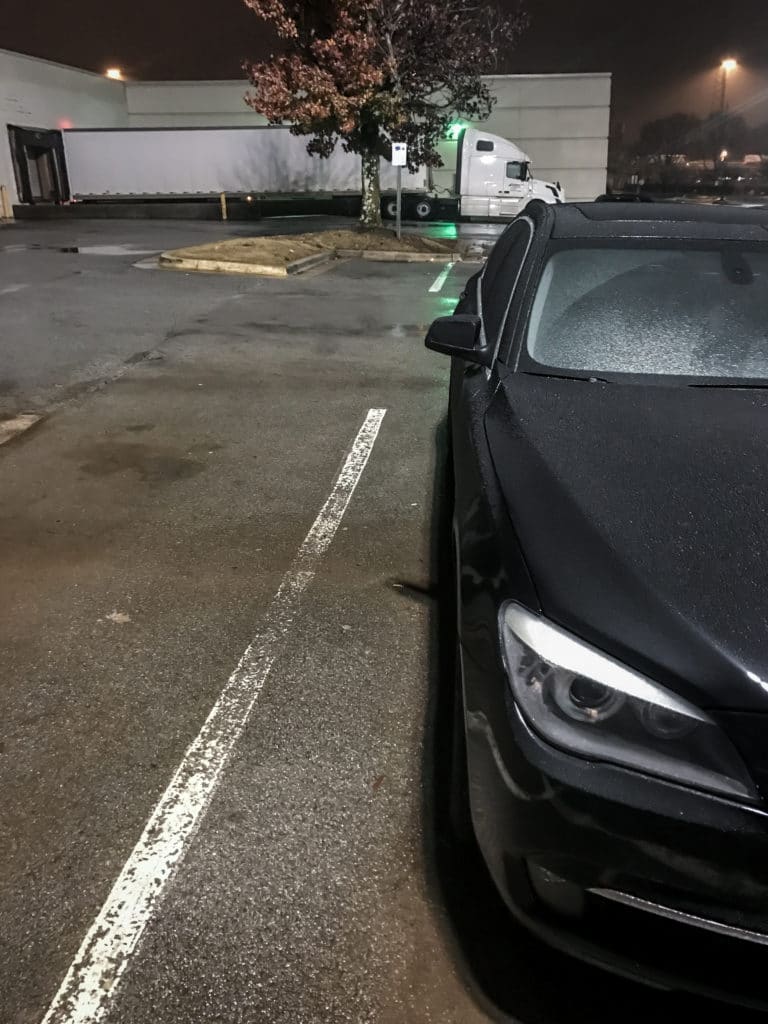 records, and you'd make a fair point except for the fact that I did look at the history. After looking at it later, the CarFax the dealer gave me had a different VIN on it than the one I bought. Once again, thank you, Corey at Gwinnett Suzuki.

Another great feature about the 2011 BMW 7 Series was the tire pressure monitoring system (TPM). Unfortunately, though, mine weren't connected correctly. Instead, they just spun around the tires making a very hilarious clucking noise at low speeds. On top of that, though, fixing them wouldn't have matter too much without replacing the broken sensor in the back of the car for a total of $1020 including labor.

If I had to give an overall summary of my used (and very abused) 2011 BMW 750Li xDrive, I would say this. On the way home from Atlanta, which is about a 4 hour trip, a rock slammed into my windshield and put a rather large crack in it. Luckily, I was able to fix that issue without spending my life savings thanks to insurance, but I still believe this rock slamming into my car was a bad omen for what was about to happen over the long 90 days I owned the car.

All in all, for me to get my 7 Series to perfect condition, I would have paid around $14,000. That doesn't account for another other issues to come up, though, which they would have. If the valve stems had needed repair, that number would easily jump to $24,000, which is more than the car recently sold for again in Atlanta after I traded it.

So, to answer the question – should you buy a BMW 7 Series? Yes, brand new with a factory warranty or certified pre-owned from BMW with an extensive warranty. Otherwise, just be sure not to buy my old one. To be honest, though, I loved my 750Li. It truly was like no other car (not always in good ways). The 750Li has a way of capturing your heart and wallet all at once, and for that, I will always have a soft spot in my heart for the BMW 7 Series.

Related Article: How to Buy A Good Used Car on Craigslist Without Getting Screwed