If you’re in the market for a used car and looking in the $20,000 to $30,000 range, the deprecated luxury car market is filled with some of the amazing cars ever built. If you don’t mind dealing with some occasional issues and higher maintenance costs, a depreciated luxury car can truly make you look wealthy and open up many opportunities for you. Right now, you can buy a plethora of used luxury cars that make you look wealthy for under $30,000.

Owning a luxury car is more than just driving around and feeling good. It truly does open new opportunities for you. People notice you everywhere you go, and random conversations strike up with other wealthy people. Impressions are everything, and owning a car that gives the impression of wealth truly will change your life.

That’s why I think it’s much more beneficial to you to purchase a used luxury car instead of opting for a Camry or Accord. The maintenance is more, but it’s worth the price. 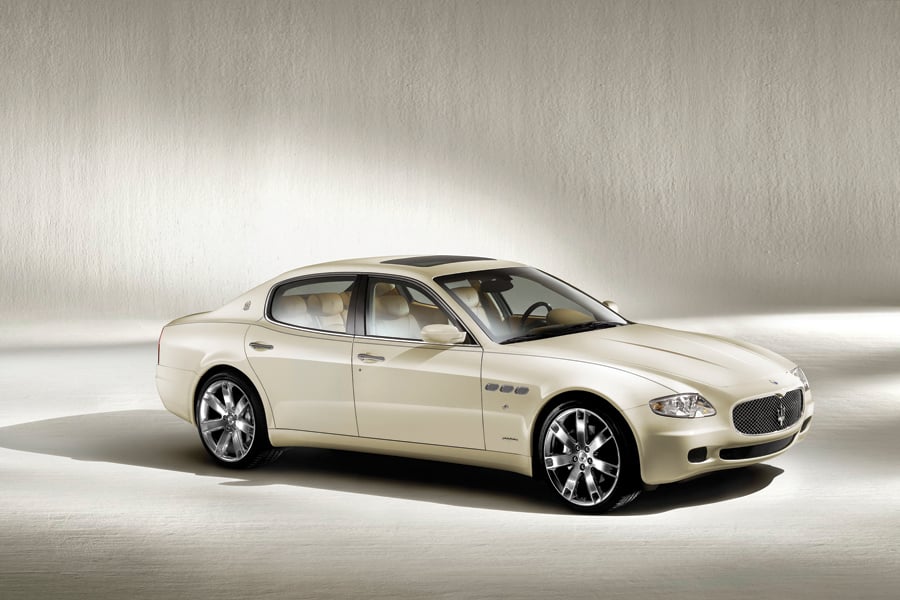 The Maserati Quattroporte is one of the best cars on this list as far as image is concerned. When the Quattroporte was revealed, it was regarded as one of the most beautiful luxury sedans on the market. It pushed the edge of car design, and while some say it’s dated poorly, I think the car makes a bold statement.

Someone who drives a Maserati isn’t concerned with having the fasted, most modern car in the world. If they were, they’d buy a German sedan or a Italian supercar. Instead, they’ve gone for the less obvious choice – the striking Italian 4 door sedan with character, class, and charisma. The person who drives a Maserati chose it because it’s a statement – not a lap time. 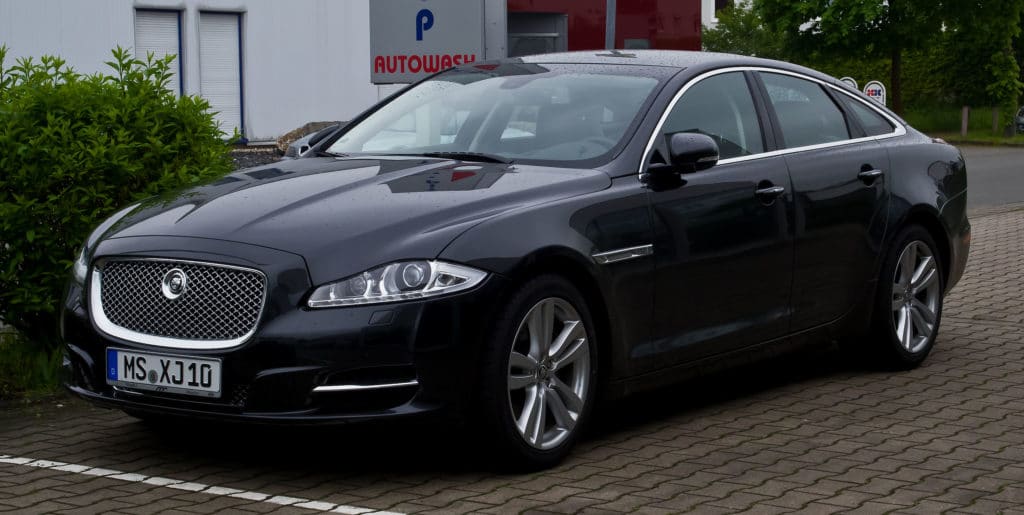 Forget about the obvious executive sedan – the S Class. This is the underdog that’s here to change your opinion of what it means to be a luxury car. Yes, the new S Class is a solid option, and the previous generation S Class is a great choice if you’re looking for a luxury sedan. It’s the obvious choice, though, and it shows a lack of imagination.

That’s where the Jaguar XJ L comes in. The XJ is truly one of the most luxurious automobiles I’ve ever driven, and, in my opinion, the S Class does not compare to the comfort and exclusivity that the XJ L offers. I know many Mercedes and BMW fans will disagree, but hear me out for a moment.

The Jag is all about mixing modern taste with traditional values. The new S Class is a supercomputer designed to do everything for you. The Jaguar XJ L is about the experience of getting from A to B. The S Class is about getting there without knowing it. Every time I’ve driven an S Class, I wanted to take a nap. When I drove the XJ L, it was a different experience.

The Jaguar XJ L depreciates faster than almost any other car known to man. It truly is one of the wonders of the world. Right now, you can buy a good condition used Jaguar XJ L for around $28,000.

Not to worry, I’m not totally opposed to Mercedes. There’s a reason the SL550 has a place on this list – it stole my heart. Unlike the S Class sedan, the SL550 has some soul left in it in the form of a roadster. The SL Roadster is seriously one of the most exhilarating experiences I’ve had while driving a car that costs less than a new Toyota Corolla.

There’s nothing quite like pulling up to your favorite restaurant in a Mercedes SL and having the valet park you car. Plus, you won’t have to worry about the valet trashing your car because it only cost you $15,000. But they’ll never know you paid less than a new Civic for your luxury roadster. 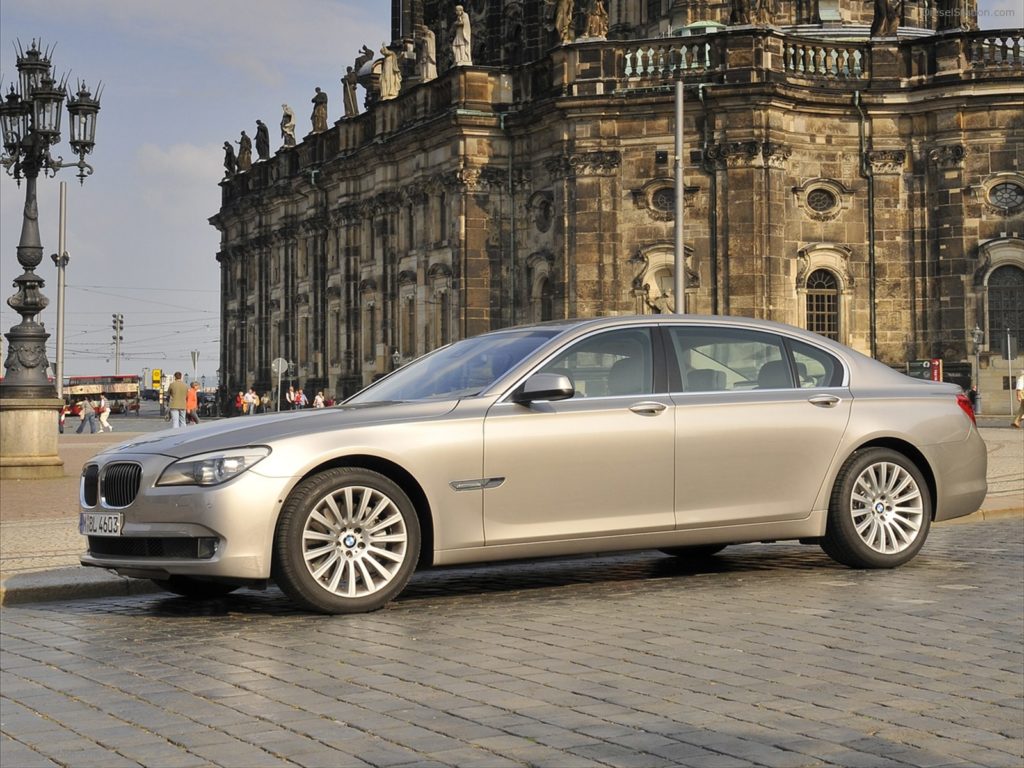 If the Jaguar XJ L just isn’t for you, may I suggest one of the craziest cars BMW built around 2011? The BMW 750Li is one serious player in the luxury sedan market. The current model BMW 7 series has lost it’s soul. It’s dull compared to the previous generation 7 series, which has so much soul, you’ll instantly fall in love with the car.

This generation 750Li has a lot, and I mean a lot, of controversy around it. They were not known for being the most reliable model ever made by BMW, so be sure you have all the service records when you’re looking for your next Corolla replacement. That’s speaking from experience…

Along with the Mercedes SL, the Jaguar XK is one of the best luxury GT cars around. The Jaguar seems to have held up better over the years as far as exclusivity and design goes, but both are great options for a GT car under $20,000 that will make you look wealthy.

The XK’s interior is truly a magnificent place to be. The quality of the materials are unmatched by other GT cars in it’s class, but it’s biggest downfall is the horribly dated infotainment system. At the time, the XK shared it’s infotainment system with the XF and was similar to the system Land Rover was using in their models. Unfortunately, Jaguar, for some reason unknown to man, decided to make it very ugly and even less functional.

Once you’re behind the wheel and driving, though, you forget all about that weird quirk. You can purchase a used XF right now for around $20,000, which is a great deal considering it looks very similar to the original Aston Martin DB9. 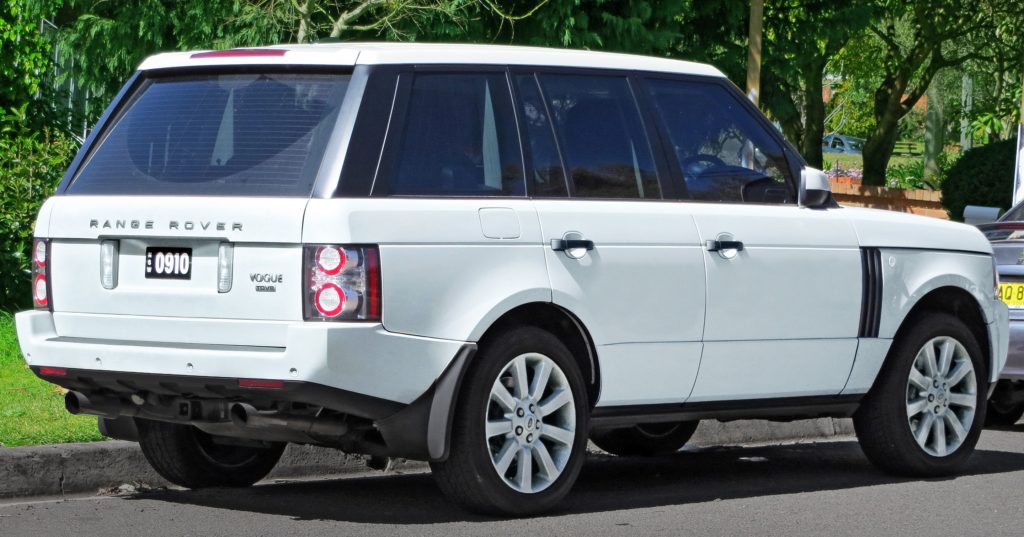 No Breakdown Automotive article would be complete without mentioning the king of luxury SUVs, but this one truly fits here. The L322 (third-gen) Range Rover is one of the best options for buying a daily driver that will make you look very wealthy.

The Range Rover brand is one of exclusivity, and the later versions (2010-2012) version of the L322 offers a lot of the same luxury that the new Range Rover offers. The gauge cluster is an all-digital display that interacts with driver based on what settings are selected.

The Range Rover never looks out of place when pulling up to a meeting, going to play golf, or simply driving around town. The best part is, when you come across a mountain range, you can drive straight through it.

Related Article: Used Cars that will Make You Look Rich for Cheap